Realist vs Optimist: Who Will Survive in Crisis? 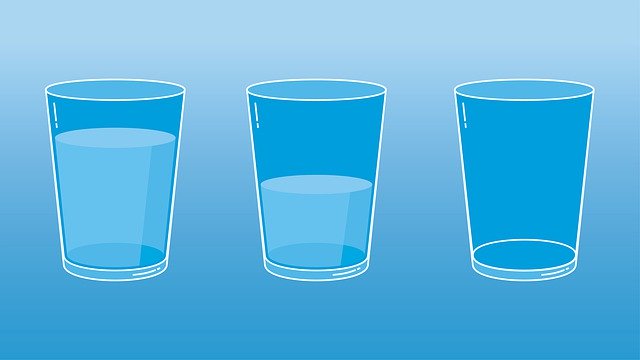 In light of the unprecedented times we’re going through, do you consider yourself an optimist, a pessimist or a realist? How does your outlook influence how you’re dealing with the current COVID-19 situation? That is the idea I want to explore in today’s post.

Have you heard of the Stockdale Paradox? (Learn more here.) The term comes from a high-ranking military officer, Admiral Jim Stockdale. During the Vietnam War, Stockdale was captured and then spent time as a POW for over eight years where his captors brutally tortured him. After his release and returning home, Stockdale received the Congressional Medal of Honor and became a significant public figure.

When asked how he could possibly survive all those years in such harsh conditions, Stockdale said he never lost faith and even had a theory about those who survive the most traumatic experiences.

The Stockdale Paradox is the idea that optimists and pessimists don’t survive because they always have unrealistic expectations, good and bad. Stockdale recalled that overly optimistic POW’s in Vietnam initially kept themselves alive by thinking, “we’ll be home by Christmas, Easter….” etc., and eventually lost hope when their expectations weren’t met.

Meanwhile, the pessimists didn’t have the mental strength to survive the constant disappointment and eventually gave up on life. However, Stockdale survived because he was a realist. He found a middle ground between hope and realism about his situation. It’s what kept him alive and what he believes can be a driving force for those in crisis.

After first hearing about the Stockdale Paradox in a podcast and reading about it in a blog, I heard a similar sentiment on a mastermind call with Dave Stech.

Most of us on the call considered ourselves optimistic, while Dave said he was a realist. Dave related his realism perspective to how he feels about the investing world right now. On the one hand, he sees that things are looking bleak, but also that there are opportunities to find. Dave is trying to be realistic about the situation and still remain hopeful.

There is a fine line between optimism, pessimism and realism. And you may even be a combination of all of them, depending on the circumstances.

A similar story: Viktor Frankl is an Austrian holocaust survivor and prominent neurologist and psychiatrist. When speaking of his experience in the concentration camps, Frankl recalls that those who survived were not optimists, nor pessimists, but the realists in the middle. He said they also have a reason to survive, a purpose in their life, usually to help one another and be reunited with their loved ones.

So, Are You a Realist, an Optimist, or a Pessimist?

I can’t help but find the intersection of these stories purely fascinating.

I have to admit, I am missing the person-to-person connection more than I expected. It’s just not the same meeting over Zoom and phone calls – it’s lacking true human connection.

Yet, I’m inspired by the ways people are keeping connected. I am on several weekly meetings with different groups and masterminds. We talk about what is happening in the news, with debt financing and raising equity, how people are investing, what opportunities are available and so on. It’s been interesting that in many of these conversations, people are talking about this idea of realism, optimism and pessimism. Everyone has their own spin and reference.

So I am asking you, the reader where your mental state is? Are you over the rainbow with optimism, in the dredges of doubt and fear, or somewhere in the middle?

I am trying to find balance, myself. This pandemic may last much longer than we expected. I am trying to prepare myself mentally for that, while also looking at what opportunities there are.

What do you think? Which opportunities have you found in these trying times?

We would also love to discuss opening your investment options, especially when it comes to wealth education. Get in touch with us here to find out more.

Summary
Article Name
Realist vs Optimist: Who Will Survive in Crisis?
Description
Take advice from a realist friend or family member you know: going extreme in other directions could be your downfall. Focusing on opportunities is best.
Author
Ross Stryker
POSTED ON: social impact
TAGGED : find your opportunities, Jim Stockdale, realists