Can You Recognize These Seven Conventional Wisdom Myths? 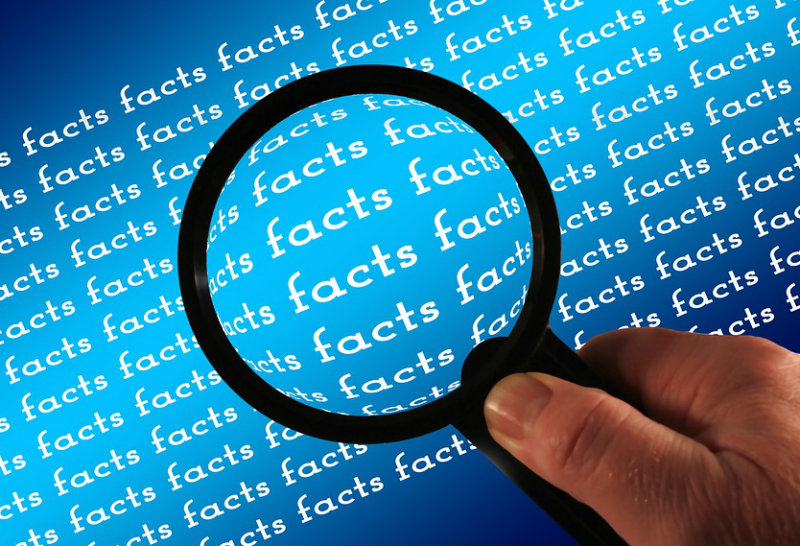 Last week I told you all about my good friend Buck Joffrey and his program, “Your Roadmap to Real Wealth.” This week, I’m going to follow up on a bit of that and talk about what Buck calls “Conventional Wisdom.” We will delve into what are facts and what are myths.

Buck gives really great examples of how Conventional Wisdom influences our lives, and not just financially. I’m going to talk about a few of Buck’s examples and also give my own take.

There is plenty of Conventional Wisdom that we’re all privy to and I might even say victims of. I know victim is a harsh word, but I say it because when you start to weed through all the “knowledge” and “wisdom” that we take as absolute truth, without ever doing our own thinking, you do start to feel like you’ve been lead wrong your whole life.

What Is Conventional Wisdom?

Conventional Wisdom are those beliefs and judgments that we hold true based on tradition or authority of the source. It starts with tiny things you learn when you’re a child, like not touching the stove because you’ll get burned. Or, not swimming in the lake during a lightning storm.

Those are examples of conventional wisdom that are good for you. But there are other examples that we need to question.

The educational system has largely conditioned us to process and regurgitate information without really internalizing its meaning or implications. What that does it make us afraid of failure and unable to question things for ourselves. Looking for a different perspective or questioning the status quo feels like too much of a stretch.

Let’s look at a few examples of Conventional Wisdom that you may be able to relate to.

Seven Things We’ve Been Told That Are Just Not True

1. Ulcers are caused by stress.

This was and still is a commonly held belief.

But the truth is, ulcers are actually caused by a specific bacteria that when ingested can cause ulcers in the stomach. It took a scientist to question this conventional wisdom and actually induce ulcers in his own body to prove that the cause was something else.

2. The world is flat and the sun revolves around the Earth.

Imagine that at one time, this is exactly what people believed. People actually thought if you just travelled far enough, you would eventually come to the “end of the Earth” and fall off.

Today, we laugh at “flat-Earthers,” but if it hadn’t been for a community of scientists to question the actual reality of our planet and solar system, we would still be right there with them!

Debt is almost thought of as a bad word.

We’ve been conditioned to believe it is something to be feared and avoided — it can never be a good thing. However, we take a different approach to the idea of debt in our post about The Break Even Point that shows how essential debt is.

4. Get a good job and invest in the long-term.

This is one of Buck’s prime examples for conventional wisdom. I’m sure many of you have heard this before: invest your money in stocks, bonds and mutual funds because these are the safest, most profitable options. Believe me, I heard it, too!

But let me ask you this: Can you think of any special interest groups that might benefit from you if you do that? Of course! Wall Street! It’s the same story for plenty of folks: they put all their money in the markets, assume all of the risk, and yet they will never make as much as the guys on Wall Street. Something is very, very wrong with that picture…

When you look at the job aspect, our educational system instilled in us the importance of getting a “good, stable” job because they wanted us to work in their factories and in their businesses. Sure, getting a good paycheck is important, but it doesn’t look the same for every person, and financial freedom won’t look the same either.

The conventional wisdom here is that you work your butt off till you’re 65 and then you can finally retire and enjoy the life you’ve always wanted.

In theory, sounds good, but do you really want to wait that long to enjoy your life? I sure don’t!

6. Financial advisors will help you grow your wealth.

Listen, financial advisors are not bad people. They have a product to sell and families to feed, so of course they’re going to peddle their product. I think they really do believe in their product, but the real statistics just don’t bear it out. Nevertheless, it’s still up to you, the investor, to make decisions for yourself and your money.

We wrote an article about financial advisors awhile back and it included a link to a PBS documentary with John Bogle called The Retirement Gamble. The article raises questions about how America’s financial institutions are putting our retirement savings in jeopardy. If you’re like me and found yourself questioning conventional wisdom around financial security, I highly recommend you watch it.

You’ve probably heard a lot about the “buckets” approach: 25% in an equity fund, 25% in a large cap fund, another 25% in a small cap fund, and so on. The assumptions a lot of these financial advisors make are greatly misleading and detrimental to the clients they serve.

For example, “your money is going to grow at 7% each year.” Well, that’s probably not very likely, especially when you take into consideration market fluctuations, fees charged and stock performance. When you take out all those factors, the real rate of return is more like 2% and that hardly takes into consideration inflation.

7. There are plenty of first generation wealthy who made it through the stock market.

These people may have invested in the stock market, but that’s not where they got their wealth. Generally speaking, they got it from either a business or real estate. There just aren’t that many individuals who are first generation wealthy who earned it all off of Wall Street. It’s very rare.

That should tell you something right there: if the wealthy are doing something else, maybe we should be taking a closer look. Buck talks a lot about this in his live webinar, Wealth Formula Banking. As Buck tells it, he started a “quest” to understand the “secrets of the wealthy.” Buck’s course offers a strong financial education to those of us who want to take real control of our personal wealth strategies and be able to live a meaningful life.

The real thing that bothers me about Conventional Wisdom is this idea that you’re turning your money over to someone else. You’re relying on the wisdom and good faith of another individual to determine your financial future. I just can’t buy into that.

If you’re not learning how to create wealth, how are you going to survive? Just blindly relying on other people to hand your money to? That just doesn’t seem like a real solution to me.

I really want to credit Buck again for this concept of Convention Wisdom. Hopefully it opened your eyes as much as it did mine.

And, I’ll leave you with this final resource: Multifamily Real Estate. In this video, Buck talks about the Infinite Return Model, a concept that Conventional Wisdom definitely doesn’t cover. If you want to learn about how to make infinite returns, check this one out.

If you’d like to know more about attaining financial freedom, get in touch with us today.

Summary
Article Name
Can You Recognize These Seven Conventional Wisdom Myths?
Description
Busting myths is no new thing, but here we go through some you’ve heard of related to science, and also some you may have never thought of before. One thing that is true: YOU are in charge of your financial freedom!
Author
Ross Stryker
POSTED ON: Alternative Investing, Finance, Investing, Wealth Education
TAGGED : Buck Joffrey, Can You Recognize These Seven Conventional Wisdom Myths?, Seven Things We’ve Been Told That Are Just Not True, the myth about financial advisors, The Retirement Gamble, The Wealth Formula, What Is Conventional Wisdom?, when should you retire?, why debt is not bad, why you shouldn't invest in Wall Street